In the current planetary integration of factories, cities and fields that are globalizing, under a technical pattern stagnant due to its petroleum foundation, the location of gigantic communications, transport, energy and water infrastructures is increasingly indispensable. This implies that the large productive and reproductive centers, with their global intertwining networks, have a harmful impact and increasingly subordinate the use and material structure of territories, ecosystems and the lives of the people who live in them. In order to reflect on the socio-environmental impact that the construction and operation of the mega-infrastructures of globalization have, I review – above all – the global scope and the role that transport networks have in the construction of an unprecedented productive automaton on a planetary scale, the effects of these infrastructures in the current global socio-environmental crisis and the connection that these networks maintain with the current technical pattern in the technosphere. The in-depth examination of the large electroinformatic communications networks that link and, at the same time, authoritatively subject all the productive, commercial and reproductive activities of capital and the population remains outlined, although pending. 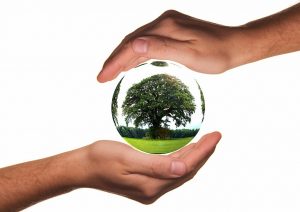 The current global communications and transportation networks are the maturation of the long historical integration work carried out by all nations in the 19th and 20th centuries, which underpins the growing development of the automation of the transformation industry, the extraction of natural resources, agricultural, forestry and livestock production, as well as so-called “services”, be they productive, distributive or reproductive.

As is well known, in both centuries, the largest capitals, but above all the national states, wove in the territories of the metropolises, some colonies and emerging independent nations and in the great maritime, air and outer space; infrastructure or routes for railways, motor vehicles, ships, airplanes and rockets, as well as postal, journalistic, telegraphic, radio, telephone, television and satellite communication networks. Infrastructures that were underpinned with the electricity, hydrocarbon, nuclear and other fuel networks, but also with the vast networks of water services (hydroelectric dams, irrigation systems, potable water distribution networks, drains, waterways for river navigation, or rivers channeled and diverted for transfers). 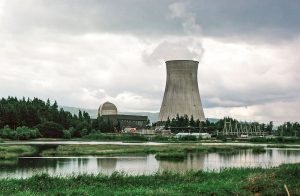 As is well known, on these new connective qualities (electroinformatic telecommunications, intermodality in transport, but also energy and water) the possibility was created for the current factories, wherever they are, to communicate with each other in real time, which allows that the industrial premises, built by transnational consortia in various parts of the world, are reorganized as simple workshops on the same factory floor, only now, on a global scale. This is complemented, in turn, by semi or fully automated container handover systems, thanks to which the intermodal revolution guarantees the distribution of products and people “just in time”.

The global interconnection of communications serves in turn to monitor the immense complex social worker of communication workers, programming, office automation, increasing automation and scientific-technical research, connecting with the less skilled, less definitive workers or intermittent conventional industries and other services, as well as the growing flows of unemployed and migrant workers from the global industrial reserve army, fleeing from the South to the North.

The qualitative leap in the integration process of the technosphere, begun in the 1990s, was presented by the main nations of the world as the formation of large continental free trade regions. Areas that are reorganized globally through the application of neoliberal policies to dismantle the management and state ownership of strategic communications, transport, energy and water networks, as well as social reproduction services (education, health, housing, urban functioning , public security, etc.), through the undercut sale of all these metabolic and reproductive networks to the most powerful transnational companies in the world.

Bridging The Gap Between Solar and Healthy Home Design Methods